Review on the Caterpillar B 15: Rugged smartphone for digger drivers and outdoor enthusiasts

Have you ever heard about Caterpillar Smartphones? If you are thinking now:  “Caterpillar? Don’t they produce diggers?” you are completely right.  But Caterpillar is not only the world biggest producer of construction vehicles. Since a couple of years they are also doing shoes, accessories and mobile phones to use under extreme outdoor conditions.  As cracked displays are part of the daily life of many smartphone users, the so called “rugged phones” are getting more and more popular, especially for people who are working on-site, who love being outdoors in their free time – or those, who don’t like covering their phone in a protection case.  As a passionate climber and hiker with an undeniable addition to dropping things, I was also curious about those smartphones that are supposed to survive without damages when being dropped down.  My choice: The Cat B15, that was first presented on the MWC 2013 in Barcelona and which is available on the German market for currently around 250 euros. 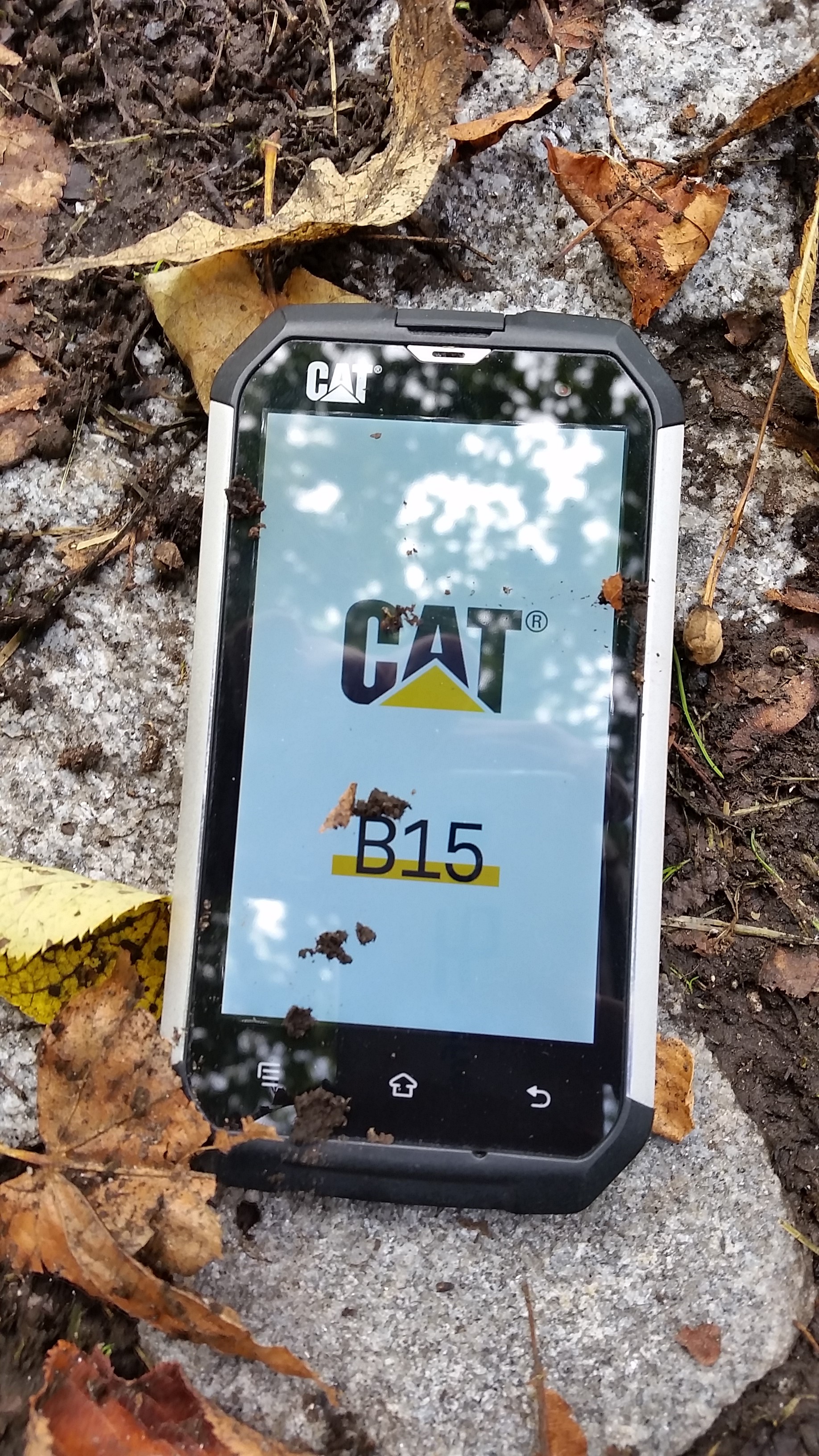 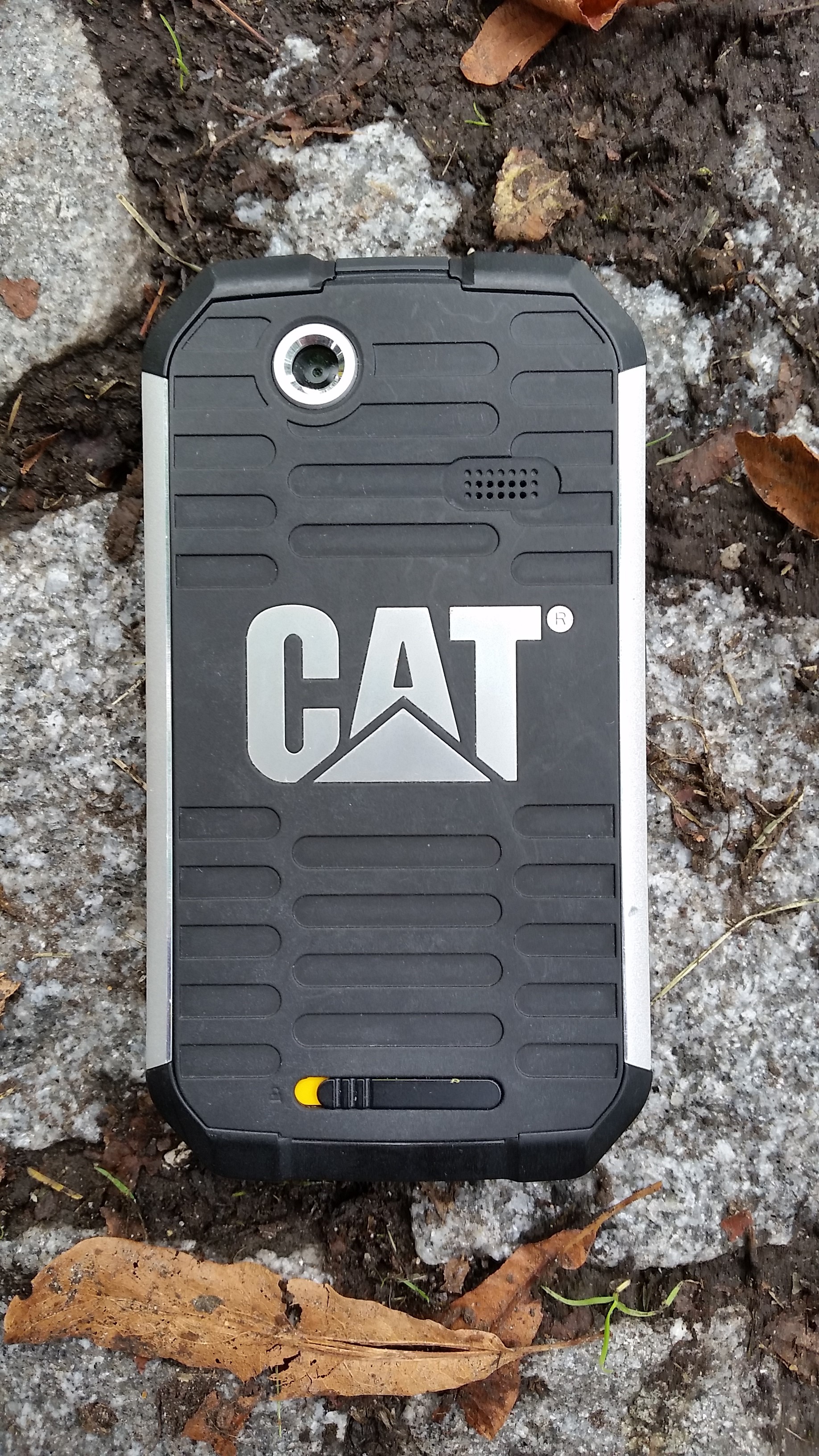 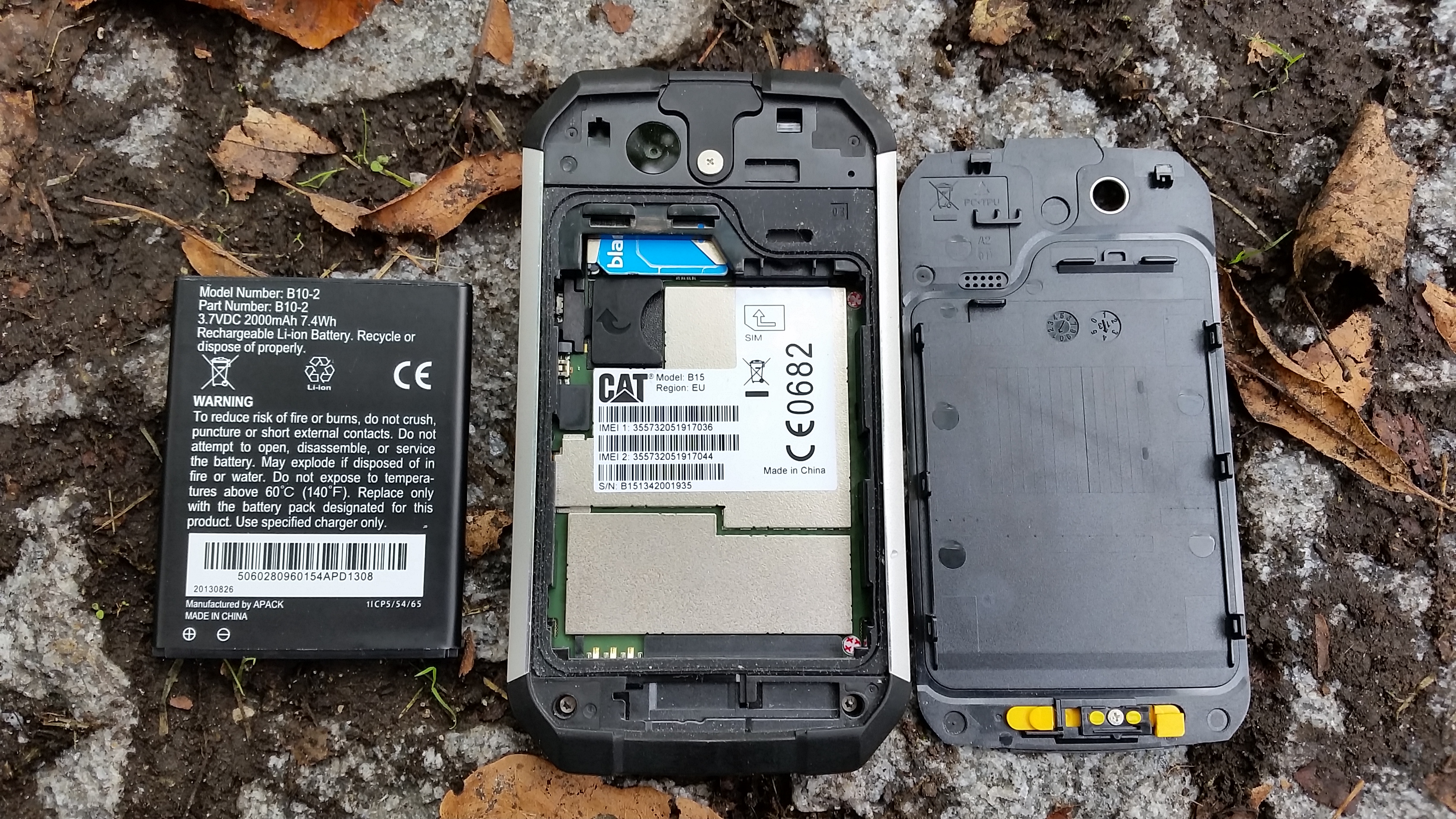 Converting, configuration and extras: Overview about the characteristics The Cat B15 has a rubber and aluminium shell that is dust and waterproof to one meter for 30 minutes.  Allegedly it can shrug off a drop from 1.8m. But it is not built to survive blunt force by a hammer or something like that. It’s obviously much thicker and taller than your average smartphone with a 4-inch screen. With its 170g is everything else than a lightweight. At thickness of 16mm it’s almost twice as thick as most of today’s mid-range handsets and the rubber bumpers on the top and protectors on the sides, make it quite big and wide too. The touch screen has a resolution of 480 x 800 Pixel, LCD and Gorilla glass. According to Caterpillar it can be used with wet hand and also under water.  The phone also comes with a 5MP rear-facing camera and a VGA front-facing snapper for video calls. The B15 runs on Android 4.1 Jelly Bean, it has a 1 GB dual core processor and internal storage of 4 GB and 512 MB RAM. The user can add an additional 32GB of storage via micro SD card. Caterpillar claims the handset can last up to 16 hours with 3G switched on. Nice extra:  The Cat B15 has a dual SIM function. That’s it so far for the facts. What I think about the B15 Design is always a question of taste. I personally like the design of Caterpillar’s B15. It looks solid, strong and reliable. Of course it feels like a chunky unit when you’re holding it. But come on, it’s an outdoor-phone designed from a company that builds diggers. So what else do you expect?! The phone is really of robust construction. I tried it out: You can drop it down on stones and the display doesn’t crack. Only the shell gets some scratches when doing that more often. But I assume the display won’t survive if you really smash it on the ground with full power.  Apart from its robustness the Cat 15 has not that much to offer from a technical perspective. As the glass is very thick it reflects a lot and you have to press way harder compared to your normal smartphone. Also the processor is not more than average and flipping between pages takes some time.  The camera has only a reasonable resolution.  So it isn’t very good for shooting nice summit pictures.  Also the 4GB of internal storage is nothing to get excited about, as it is filled up once a few apps have been installed on the phone. Of course you can add a micro SD, but apps can’t be installed on that.  However the dual SIM function is a really nice feature which is easy to use.  Conclusion The Cat B15 serves its purpose.  It’s a solid and rugged phone that makes sense for people who are professionally working outdoors and who use it mainly for making calls but not for playing games or surfing the web. For all others it’s probably not more than a funny gadget or a secondary device.