What does the Wild West have in common with German data theft?

Recently, a 20-year-old German was able to gather massive amounts of private data from leading German politicians and celebrities. He published his findings on Twitter in the style of an advent calendar last December. Among his publications were names that everyone in Germany and many people worldwide know, such as Angela Merkel and Jan Böhmermann. Fortunately, the hacker was caught in a timely manner.

Hearing about this, your first reaction might have been like “Oh, that’s funny” or “Oh, that’s typically German – the internet is considered as terra incognita” or more upset like “Wow, what’s going on here?!”. Although this attack targeted public figures, we should all consider the question “How safe is my data?” and more importantly, “How can I prevent security breaches like this?”. These questions should not only be asked by each and every citizen, but especially by enterprises and entrepreneurs.

As a response to these important questions, Testbirds provides a simple answer: Testing Reality. One general problem with software is that issues regarding functionality or security occur occasionally. There’s always a possibility of problems in software that computer specialists can use as a backdoor to your system, in order to steal data. The difficulty with issues like these is that they are hard to find and often you only stumble upon them by accident.

For this, Testbirds takes a page out of the sheriff’s playbook and does things like they used to be done in the Wild West – by placing a bounty! With our service Bug Bounty, companies offer a bounty for the capture of bugs in their software. This allows crowdtesters and security specialists to hunt bugs in real-life conditions, according to our slogan “Real users. Real devices. Real time.”. Thereby, we face the challenge of finding the hidden bugs with serious potential consequences. Our crowd hunts for issues in client software on their own devices. Finding bugs that cause serious security issues can prevent damage to reputations and potential financial impact. We identify security issues before hackers get the chance.

Imagine if headlines tomorrow didn’t read „German politicians targeted in mass data attack“, but rather named your company as the target instead. According to Warren Buffett, “it takes 20 years to build a reputation and five minutes to ruin it”, which could easily be the case with such a headline. Furthermore, imagine journalists asking your chief data security officer about the preventive measures you took without getting a clear answer – your company will be much better off if you regularly offer a bounty on bugs.

Do your best to prevent data theft!

Everyone is currently talking about data security and how to prevent such disastrous events like huge data leaks. Sure, people need to use safe passwords and change them occasionally. Nonetheless, there’s a need for companies that care about security, and implement preventive measures. Even if you feel like your systems and applications are safe, our crowdtesters love grabbing their devices and transforming into bounty hunters – and they always find the hunted!

Unfortunately, you can’t completely prevent hacking. But you should definitely do your best to stop kids from stealing your data in their free time. So, what does the Wild West have to do with data theft after all? Simple – it’s all about the bounty offered, either on bad guys or bad bugs.

Without due diligence, bugs can create risk for serious harm to your digital products. Fight the outlaws by placing your Bug Bounty today! 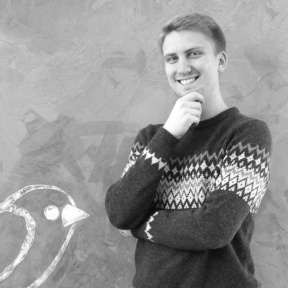 At the weekend, Felix loves exploring the nearby mountains and nature around Munich. During the week, he gets to know everything about Testbirds as a Trainee.

After rounding off the latest edition of IFA Berlin, the trends of the past year have come to light and the global reach of the event seems larger...
Read More

Step by step: How to create an evolutionary organisation

As part of my blog series about our organisation principle Orga 4.0, I’d like to share some thoughts today about creating a company that is...
Read More

Today’s market for digital products is highly competitive. This has given rise to the necessity for companies to provide a high level of user...
Read More

Will software test itself in the future? How Artificial Intelligence is changing the testing landscape

Whether you are steering your navigation system in your car by voice recognition or telling your smart speaker at home which song to play,...
Read More

It’s just text, how hard could it be? – Typography in UX

I’m Mariana and this is my role at Testbirds

Webinar | The Next Level of Game Testing

For our next webinar, we’ve joined forces with our partner Qualitest to give you insights on how to attract and retain users by testing and...
Read More

Last year, I bought myself a Sony Smartwach 2. Obviously, smartwatches haven’t been able to make a breakthrough yet, which is why I’m still getting...
Read More