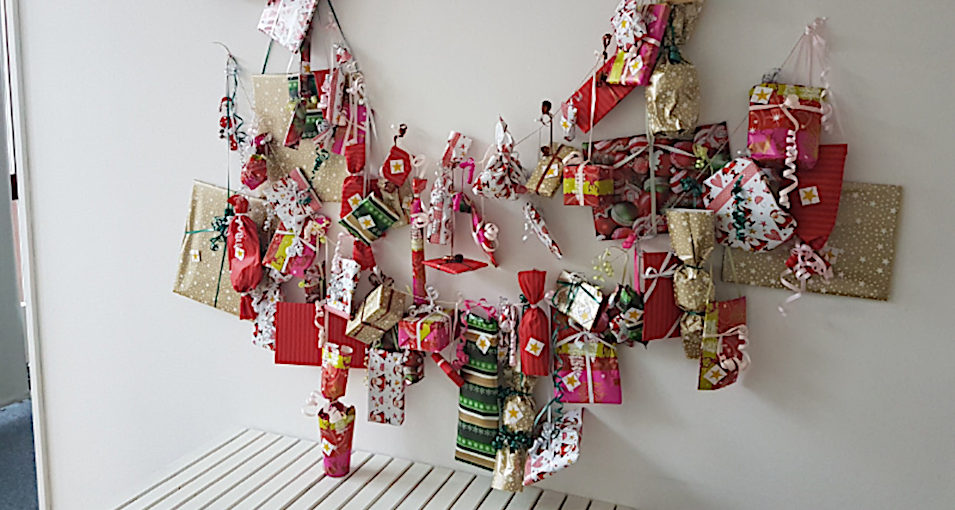 With offices in Germany, the UK, the Netherlands and Sweden, Testbirds are a very international team. That is why when it comes to Christmas, everyone has different traditions and celebrates in their own way. For this blog post, we picked out some special traditions in the Testbirds countries, which you may not have known before. Enjoy!

A typical tradition in Sweden is celebrating St. Lucia’s Day on December 13th. It is one of the biggest celebrations around Christmas time, and probably also one of the most exotic ones. St. Lucia was a young Christian girl who was killed for her faith in the year 304 AD. Today, she symbolizes a bearer of light in the dark Swedish winters.
Since the late 1700s, St. Lucia’s Day is widely celebrated in Sweden. Most towns and schools elect a Lucia, who will wear a white dress with a red sash around the waist and a crown of candles on her head. Of course, today mostly electric candles are used. The other children dress up as maids, star boys, Santa’s elves or gingerbread men, and carry stars on sticks and small lanterns. There are processions through the cities where the children visit shopping malls, senior care homes, and churches, singing typical Carols and handing out “Pepparkakor” (gingerbread cookies).

If you want to know more about Swedish Lucia, here is a crash course:

Another popular tradition in Sweden is watching “Kalle Anka” (Donald Duck) on Christmas Eve. Since 1959, every year at 3 p.m. the whole family gathers in front of the TV and watches the Disney special “From All of Us to All of You”. It is one of the most popular TV events in Sweden, and usually between 40 and 50 percent of the country tune in to watch it.
This ritual is sacred in Sweden: You don’t tape the program for later viewing and you don’t eat or prepare dinner in the meantime – the whole family is expected to sit quietly together and watch it. 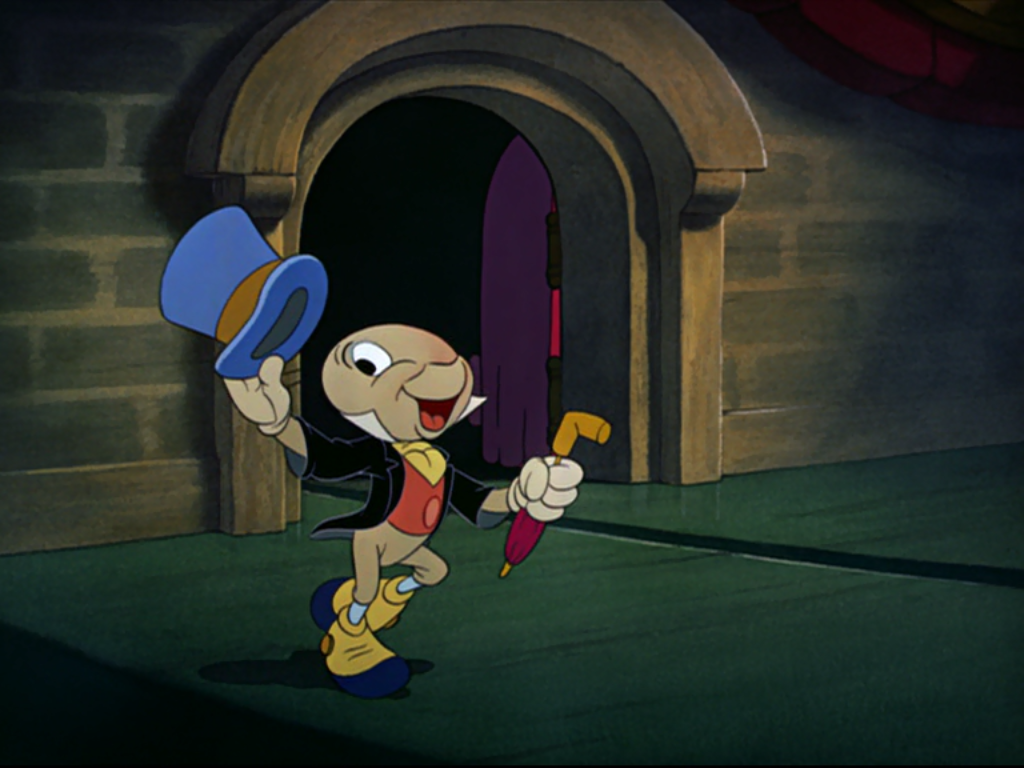 Jiminy Cricket, narrator of the Disney special “From All of Us to All of You”
Source: Walt Disney Productions for RKO Radio Pictures (Trailer for the film), via Wikimedia Commons

In Germany, the Advent time is quite important. In almost every home you can find an Advent wreath, on which four candles are lit on the four Sundays before Christmas. Alongside this, Advent calendars are typically used to count the 24 days before Christmas are a major tradition in Germany. Parents get their children either ready-made calendars with chocolate or self-made ones with sweets and little gifts to sweeten the wait until Christmas. But the grown-ups don’t want to miss the tradition either and are happy to receive an Advent calendar. 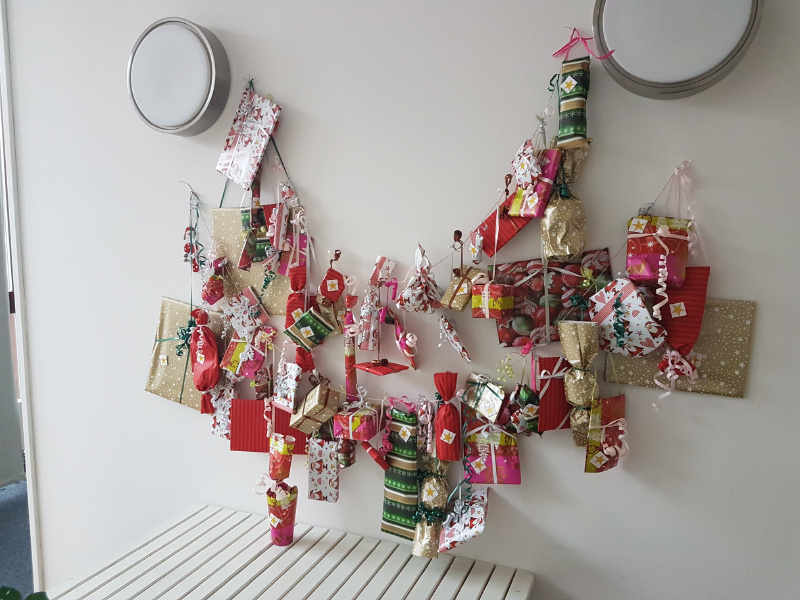 Our lovely Advent calendar in the Testbirds office in Munich

Another thing Germans are crazy about during Advent, are their Christmas markets. For example, Munich has in fact over 30 different Christmas markets. So everywhere you go, there is a tempting smell of mulled wine, bratwurst and roasted almonds – pretty hard to concentrate on the gift shopping.
A speciality of these markets is the “Feuerzangenbowle” (fire-tongs punch), which is a red wine with spices and rum. A metal grate mounted on top of the pot is used to hold a sugar cone, which will be soaked with rum and set on fire. The rum then melts, caramelizes and drips into the wine, giving the drink its special taste.

In Germany, there are many different Christmas characters like the “Christkind” (Christ child) or the “Weihnachtsmann” (Santa Clause), but by far the strangest (and most terrifying) character is “Knecht Ruprecht” or “Krampus” who accompanies the “Nikolaus” (St. Nicholas) in the night between the 5th and 6th of December in Southern regions of Germany and Austria. The Krampus is a half-goat, half-demon creature with big horns which punishes the children who have misbehaved. In this night, there are traditional processions with people dressed in Krampus costumes. Quite scary, right? 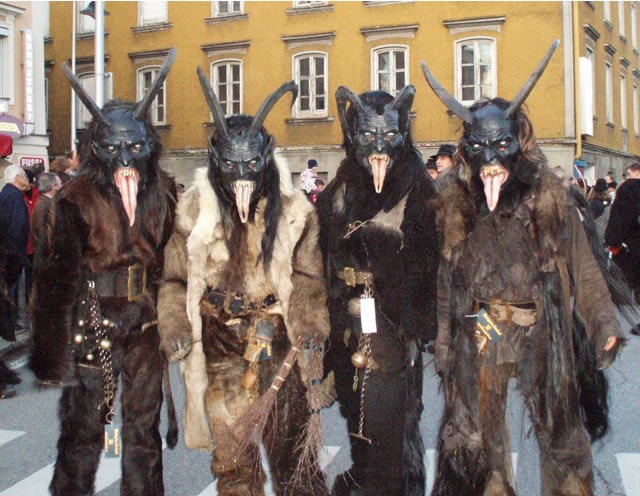 A big festivity in the Netherlands is “Sinterklaas”, which celebrates the name day of Saint Nicholas on December 6th with giving gifts on St. Nicholas’ Eve (December 5th).
Sinterklaas, who also served as the basis for the North American Santa Clause, is accompanied by many mischievous helpers. They are all called Pete, wear colourful costumes and have a dedicated expertise or skill set, such as “Haed Pete”, “Navigation Pete”, or “Candy Pete”.
It begins in the middle of November, when Sinterklaas and his helpers arrive with a steamboat in a riverside town in the Netherlands. Legend has it that they are coming all the way from Spain. After they disembark, they parade through the streets, hand out gifts and candy and are warmly welcomed by cheering and singing children. 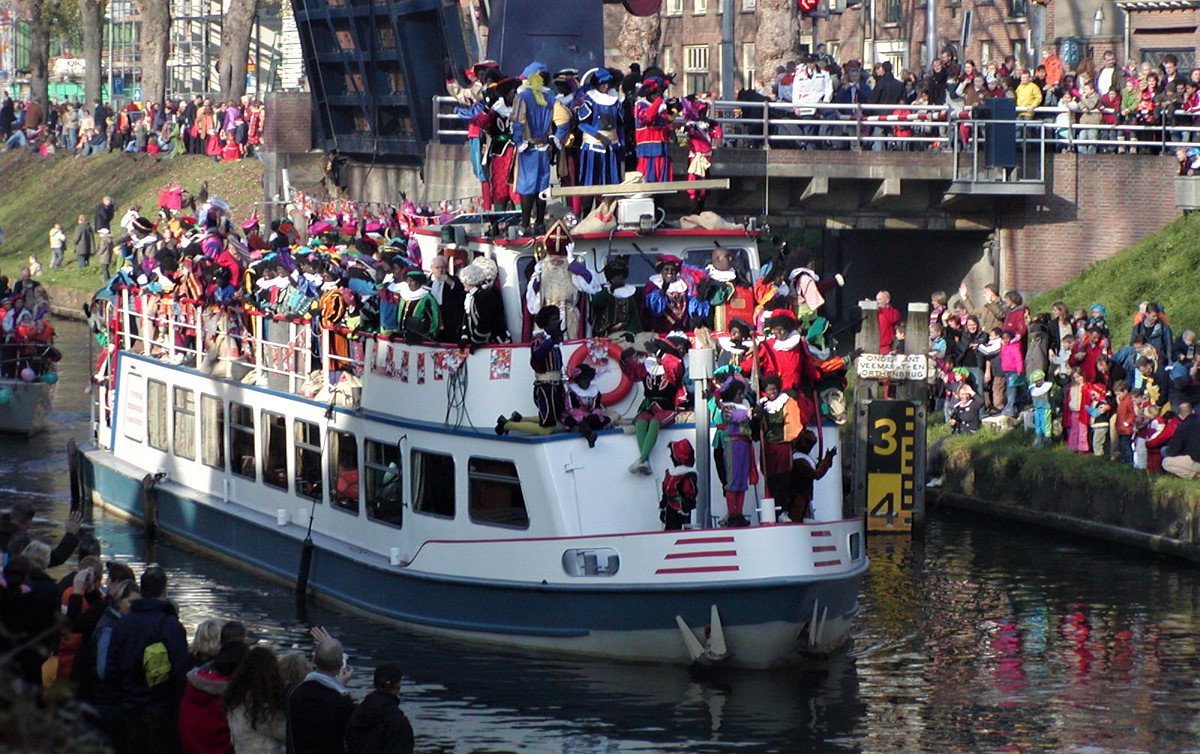 Sinterklaas and his Zwarte Piet helpers arriving by steamboat from Spain
Source: MarkDB (Own work), via Wikimedia Commons

Although the Sinterklaas event is streamed on national TV, it is radio that dominates the year’s end in the Netherlands. In 2004, the big charity event called “Serious Request” began, organized by public radio station 3FM.
In the week before Christmas, three DJs are locked up in the “Glass House”, a temporary radio station on the main square in a different city each year, to do 24/7 radio for six days. They fast (only drinking fruit juices) and play songs that are requested by people paying good amounts of money to hear a special song. Of course, all kinds of smaller events are organized throughout the country to increase the number and even the government chips in. This year all donations will go to the Red Cross to reunite refugees with family members they lost along the way.
To get a good idea of the greatness of Serious Request, be sure to watch this video.

An important Christmas tradition in the United Kingdom is watching the Queen’s Speech (officially: “Her Majesty’s Most Gracious Speech”). People in the UK gather in front of the TV or radio at 3 p.m. on the 25th December, listening to the speech whilst digesting their Christmas lunch. This exact time was chosen so that all parts of the Commonwealth could listen or watch the speech at a reasonable hour.
The Queen’s Christmas Message is heard by millions of people all over the world and is one of the few occasions where the Queen writes her own speech. She usually reflects on the major events in the year and expresses her opinion about Christmas in general.
It all began in 1932 with a radio broadcast by King George V, who then read his Christmas Message to the Commonwealth of Nations each Christmas. Elizabeth II started in 1952 and today, her message is broadcast on television, radio, and the Internet. 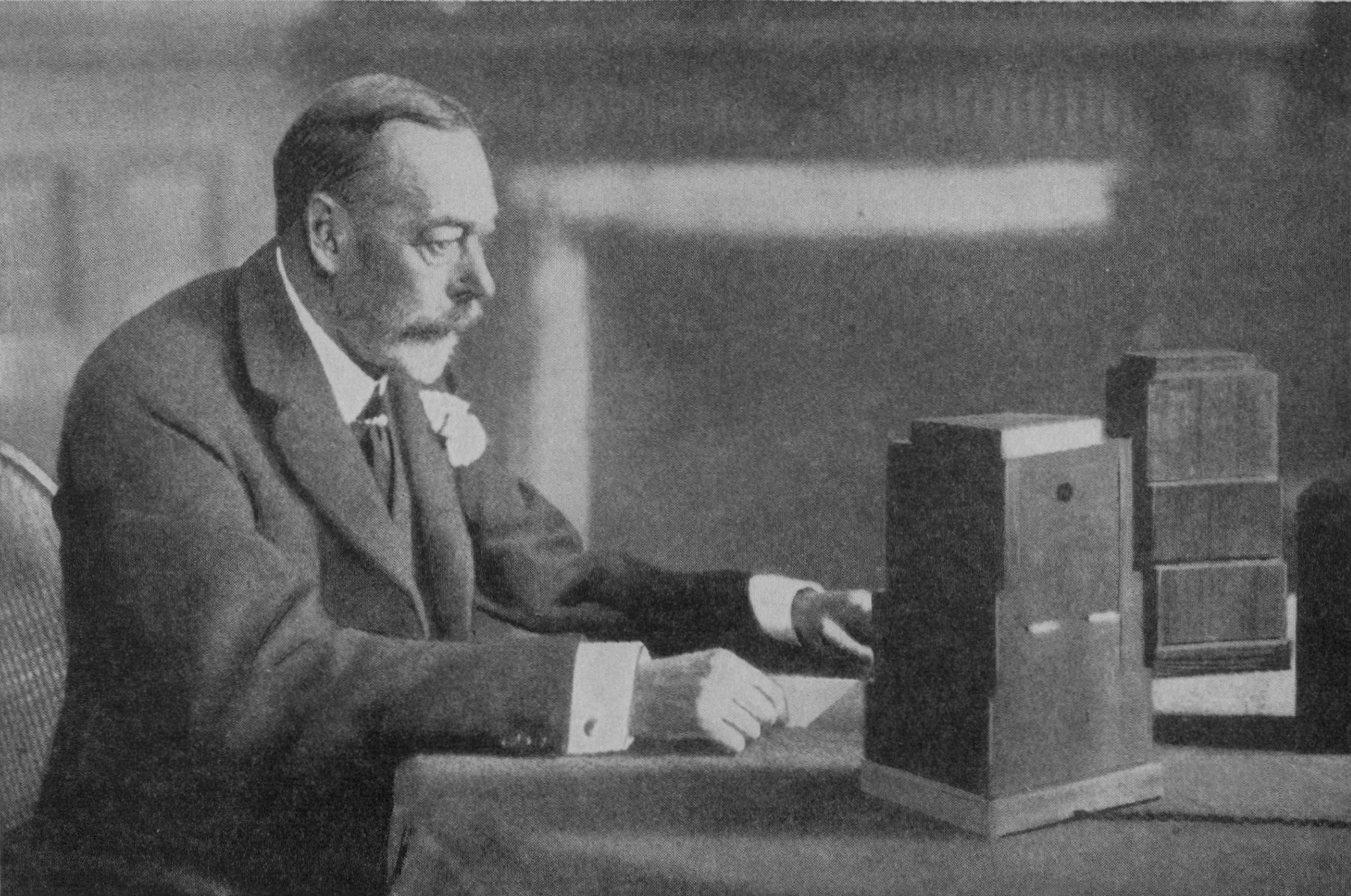 Another ritual in the UK is asking the question if there will be a “White Christmas” this year. A White Christmas in the UK is defined by the Meteorological Office as “one snowflake to be observed falling in the 24 hours of 25 December somewhere in the UK”.
Since it doesn’t happen very often, everybody is curious and there are many speculations about it.
A British weather forecast site even offers a tool named “Will I Get a White Christmas in 2017?” where you can see the snow probability in your town:
http://www.willigetawhitechristmas.com 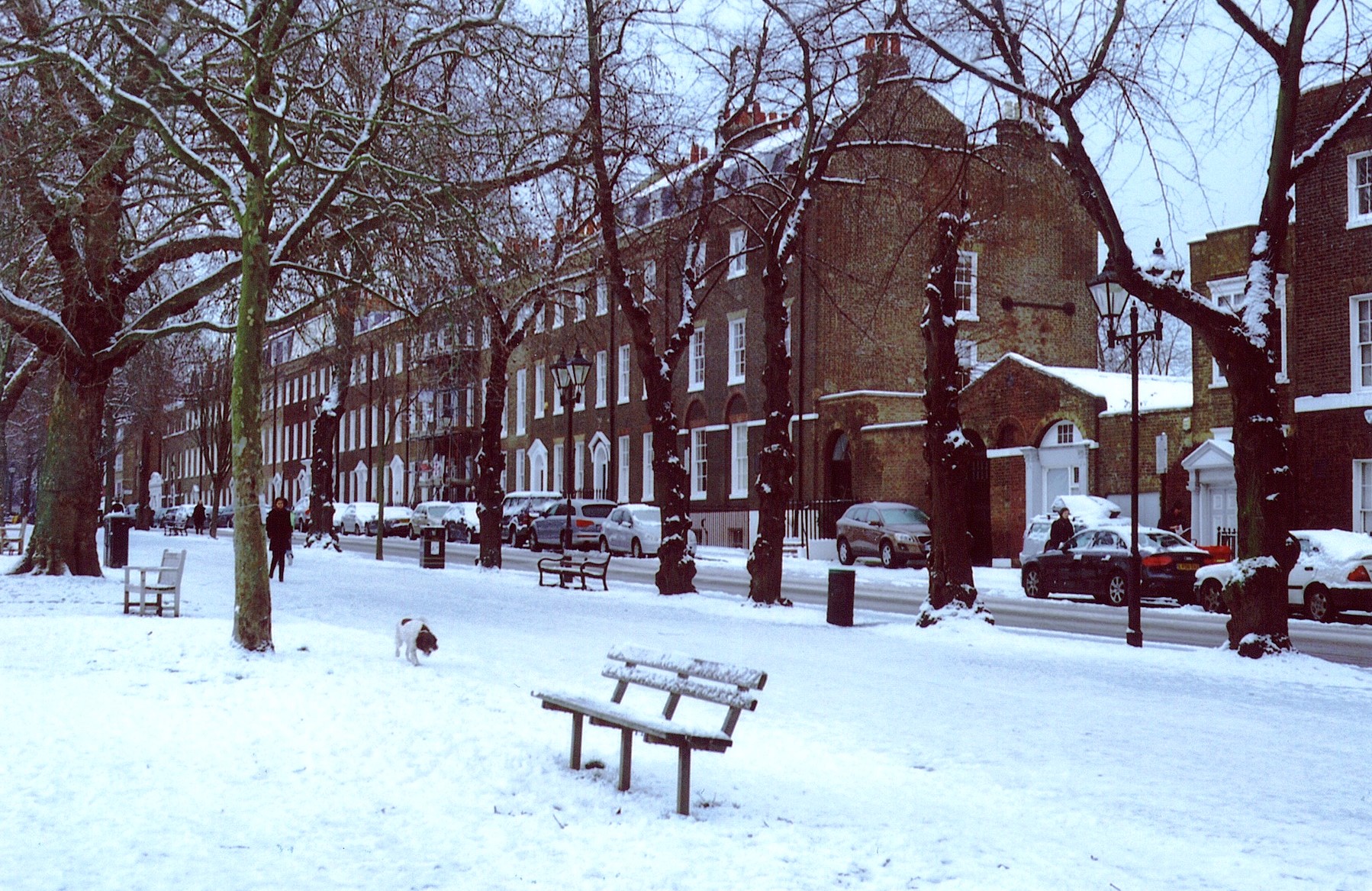 Many British people are hoping for a “White Christmas”
Source: Pixabay

Julia supports the marketing team and takes care of our social media channels.

On November 1st, 2016, we will be updating our General Terms and Conditions. Here at Testbirds, transparency is one of our core values. In this blog...
Read More

Light bulbs, toothbrushes, watches, and even toys: Nowadays, more and more everyday items are connected to the internet. However, the quality of...
Read More

I am David and this is my role at Testbirds

Orga 4.0: From start-up to scale-up with a different organisational structure

In the past years as a founder the growth of our company has brought some interesting challenges. One of them was communication in the company –...
Read More