Every year on March 8th, International Women’s Day is celebrated. This initiative is supported by many charities, governments, NGO’s, businesses, academic institutions and women’s networks all around the globe, celebrating current achievements and calling to further tackle issues regarding gender equality.Its history goes back to the 1908 Women’s March in the US where 15,000 women for the first time ever stood up for themselves and demanded equality in an organised form. Since then, luckily, a lot of things have changed when it comes to being a woman in different parts of the world. Global cultural differences aside, it is overall an ongoing and constantly improving movement towards raising awareness and striving towards gender equality on all different levels. 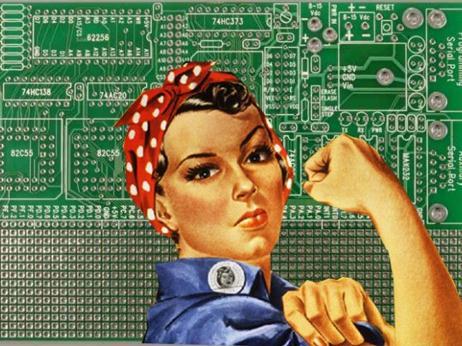 One aspect to look at when it comes to gender equality is the freedom to choose a job. In the past, stereotypes in certain work environments have made it harder for women to start a career in “male-dominated” jobs. It is beneficial for all of us that day by day those stereotypes are being overcome. The digital transformation is a great chance for gender equality in a broad range of professions. As a software testing company, we are specifically interested on the status of women in the IT sector.According to a report of the National Center for Women & Information Technology (NCWIT), around 25% of all computer related positions in the US are held by women. When it comes to Germany, unfortunately, the numbers are even lower – roughly 16% of all IT jobs are performed by women, states the German Federal Ministry of Labor.We at Testbirds strongly believe in gender equality: Our permanent team’s rate of female employment is 36%, which is more than double of the German average for women in the IT sector. Furthermore, our crowd statistics show that women are a huge part of the software testing sector: Out of more than 200.000 testers, over a third of them belong to the female gender – 38% to be precise.

To celebrate women in Tech, we would like to introduce one of the most important females in IT history: Ada Lovelace.

Born in 1815 as Lord Byron’s only legitimate child, she grew up in London and is today known as the first computer programmer. Ada was interested in mathematics and logic since she was a little kid. Promoted by her mother, she further developed her talents while growing up, which led to her working on the analytical engine with Charles Baggage, the so-called “father of computers”. They shared a close friendship and professional working relationship. The Analytical Engine that Baggage created was the first Turing-complete computer, which set the standard for the first general-purpose computer that was developed around a century later in the 1940s.Ada recognized that the Analytical Engine bears more qualities than only being a calculator and she developed the first algorithm that could be run on such a machine. With this, Ada Lovelace laid the foundation for all software to come.Not only was she a brilliant mathematician and the first programmer in the world, she can also be described as a true visionary. Even in the early stage of computational technology, she already asked herself how the future of computers would look like and how humans and machines could interact (a question we ask ourselves frequently today). Unfortunately, she was not able to test the algorithm she created due to technical difficulties and an early death.Nevertheless, she represents not only women in tech but the very first programmer in general, regardless of gender. There are buildings and programs named after her, awards given out in her name, initiatives that support women in technical fields and last, but not least: the official Ada Lovelace Day, which is celebrated every second Tuesday of October.

If only Ada could see the world we live in now – software and technical innovations progressing into every single aspect of our lives. And of course, the increasing number of women working in the IT industry. Maybe, when thinking of Adas contributions to computational technology, even more women get inspired to start a tech career – if that is something that crossed your mind, make sure to check out our open job listings :-)We, in any case, are very glad that Ada devoted herself to the love of numbers and logical processes and made sure that there are softwares such as mobile apps, websites of IoT that we and our testers can improve – be it via Crowdtesting or the Device Cloud. Let us take a moment to thank Ada and may her work be an inspiration for women (and men) in the tech business, making sure that progress and improvement is constantly flourishing.