“Terms from the world of IT explained” is a series of blog posts that explains the origin of common IT terms. We often use them in our daily life, but do we know where they come from?This first edition of the series is dedicated to the bug. Finding errors – also called functional testing – is an important part of our work here at Testbirds, so this term is very familiar to us. But does an error in software have the same name as a small insect? There are a bunch of funny and interesting stories behind it.

The most famous one – or rather the most famous myth, features the computer pioneer Grace Hopper. Back in 1947, an electromechanical computer in the Computation Library at the University of Harvard had a malfunction. Operators found out that there was a moth trapped in a relay and wrote down in a log book “first actual case of a bug being found” with the dead moth taped to the page.

Later it was often said that Grace Hopper, who worked at the institute at that time, had found the moth, which is in fact not true.But this was not the first time the term “bug” was used to describe a software error. In fact, it is not even a term from the world of computers. It dates back to Thomas Edison who used it in 1878:“It has been just so in all of my inventions. The first step is an intuition, and comes with a burst, then difficulties arise—this thing gives out and then that ‘Bugs’—as such little faults and difficulties are called—show themselves and months of intense watching, study and labor are requisite before commercial success or failure is certainly reached.”

“No bugs in this game”

This means that the term has its origin in hardware engineering and made its way to the world of IT. Other historical evidence also points in this direction. The first mechanical pinball game, called Baffle Ball, was already being advertised in 1931 with the tagline “no bugs in this game!”. 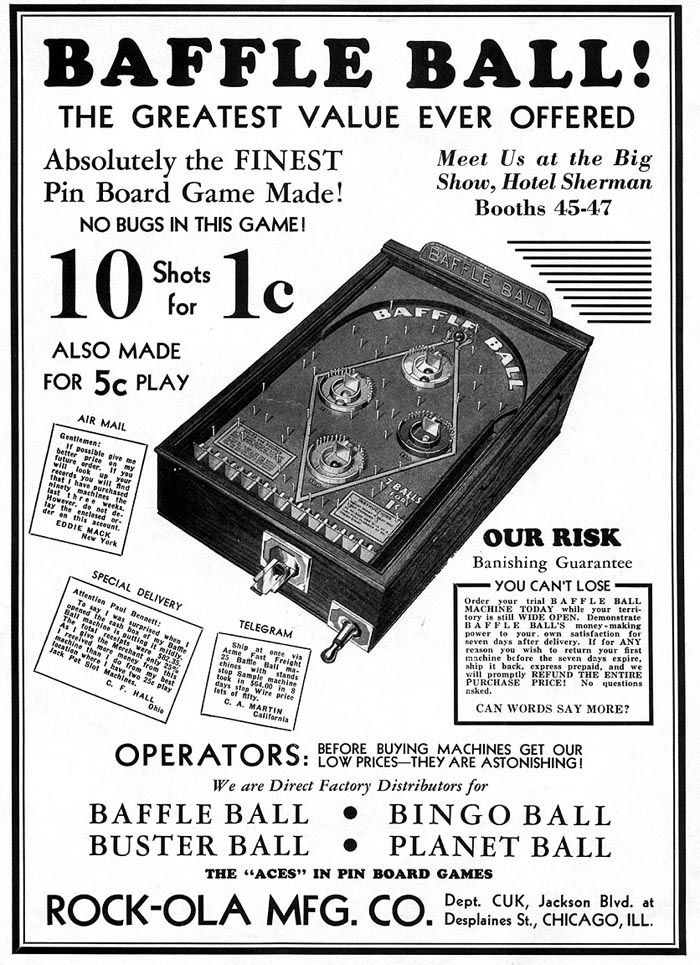 Ad for Pinball game “Baffle Ball” from 1931. Copyright: Gottlieb Development LLCFurthermore, the well-known science fiction author Isaac Asimov used the term in 1944 in his short story “Catch that Rabbit”, referring to an issue with a robot.

So, insects did not really conquer the world of computers, but the “bug” certainly influenced IT a great deal, and with cyber hacks all over the media the term is more often used than ever. The next time you read about a bug, you might think of the moth at Harvard in the 40s.