If you combine springtime with app development, Appril will be the result. That’s at least what Jacqueline de Gruyter will take care of, founder of the festival involving all things app development. This year was the fourth edition and it was our first time attending with a session of our own.

Appril is a Dutch app festival and offers interactive sessions, workshops, lectures and events throughout the entire country. Since we, as Testbirds Benelux, want to create more awareness in the Netherlands about crowdtesting, we decided to do an event about the basic principles of crowdtesting. In addition, we also came up with an interactive element, involving a live crowdtest. And to top it off, we had drinks and delicious homemade snacks to welcome the weekend.

We received quite some registrations for our session, and had a diverse crowd of app builders, designers and companies such as an online job platform. When everybody was seated, we started our session with a short presentation on the basics of crowdtesting, held by Lodewijk. He happily cared to explain that crowdtesting is a relatively new testing method that complements traditional testing approaches. With it, app and web developing parties are able to easily have their (web) apps tested with specified end-users. These crowdtesters test apps and websites on their own smart devices in real-life environments. After having these eyeballs and fingers on your web apps, end-user feedback will be generated that contains valuable information on bugs, usability and compatibility issues. This information helps developing parties with creating the best possible apps and websites.

We visited our first #appril session at @Testbirds last friday. Which sessions are you guys attending to? pic.twitter.com/VDvNFWlIyC

During the session our attendees were welcome to ask all the questions they had, and we were more than happy to answer them. But the value of crowdtesting truly became apparent during the interactive part: the live crowdtest. Prior to the event, we’ve asked our visitors if they had an app or website that they would like to use for the live crowdtest. 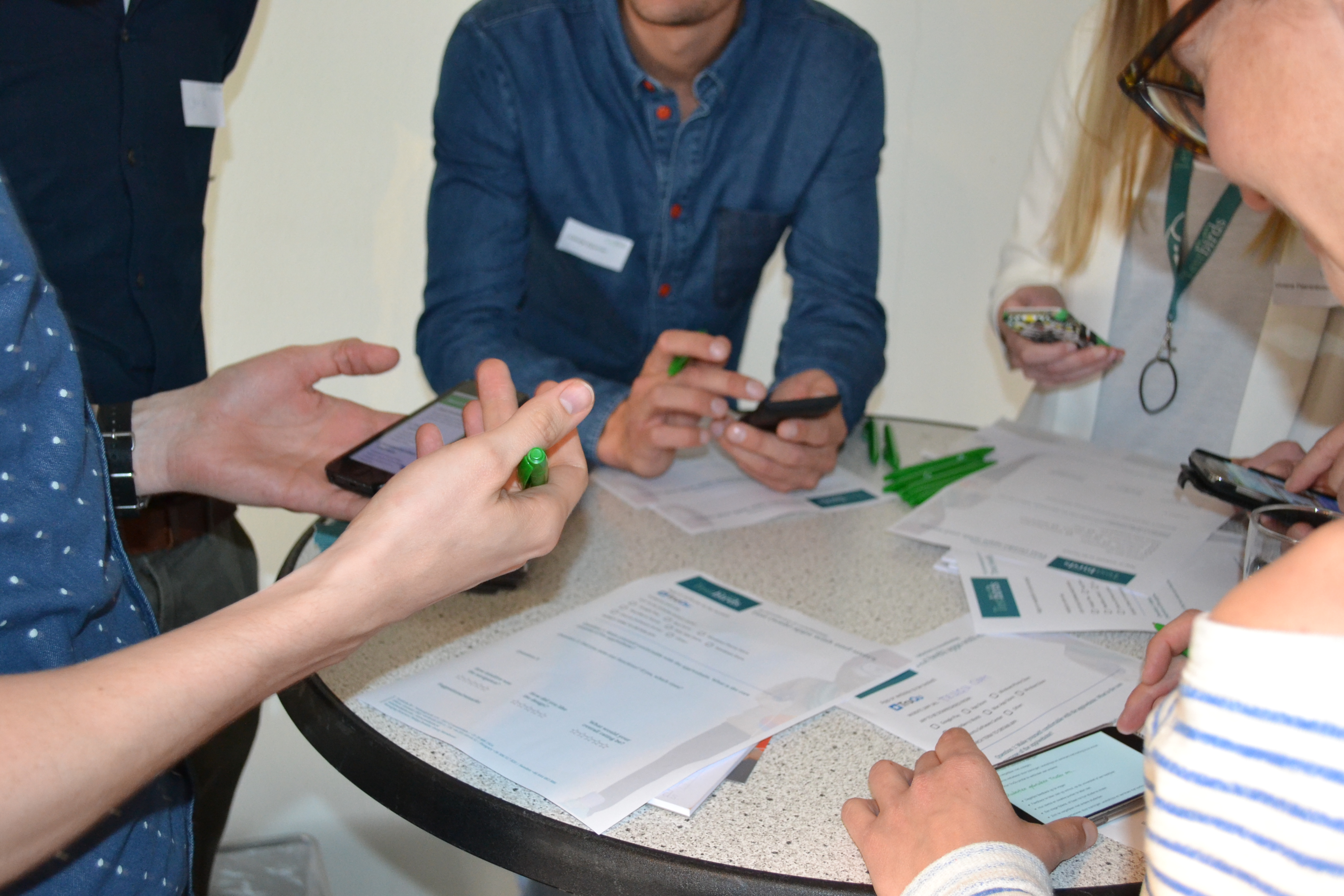 In the end, we had two organisations that dared to join. One had built an app for Android and iOS, while the other had a website that they wanted to test with a crowd. We had arranged the test in such a manner, that it approaches an actual crowdtest on our platform. We produced a form with several questions about the usability, the design and so on. The people tested on their own devices and wrote down their experiences. Within twenty minutes, a lot of constructive feedback was given on things that could be improved. Both parties were very content with the suggestions that were generated, especially in such a short timeframe. Lastly, after our visitors’ curiosity was sparked about the Nest – our online crowdtesting platform – Lodewijk showed a quick tour of the Nest client view.

Short after, it was time to enter the weekend with drinks and the amazing and delicious snacks made by Chong-Yan Lee. With 20°C outside, the weather was great to have drinks in our shared office garden. All in all, it was a fun and accessible event, in which we could happily share our knowledge on crowdtesting with those interested. A special thanks to Jacqueline from Appril, Chong for catering and of course all the people that visited our crowdtesting session. 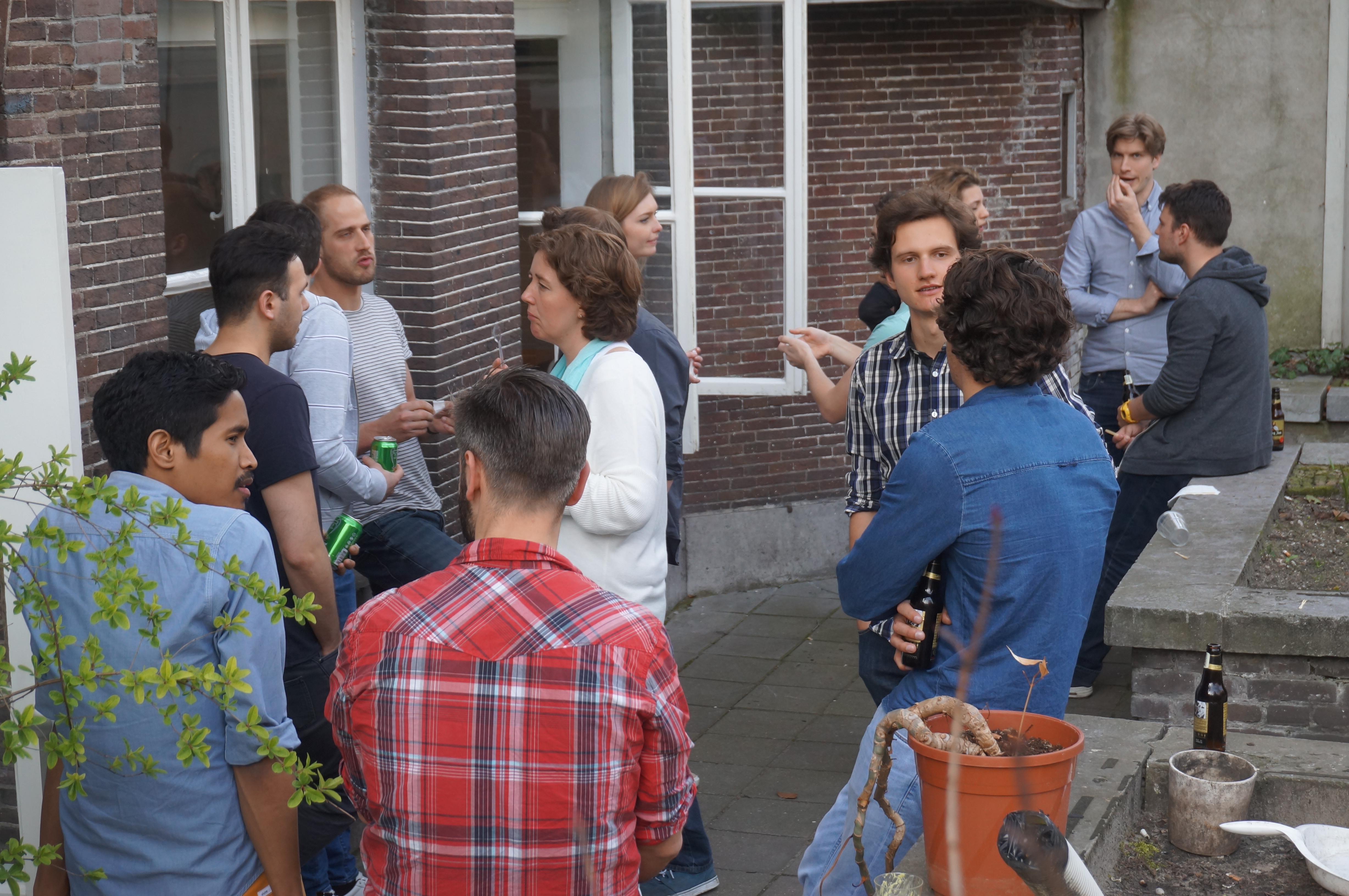 If you want to know more about crowdtesting, feel free to get in touch.