Skip to main content
Are you ready for UEFA EURO 2016? These apps will give you a hand!

Retail has faced unprecedented challenges this past year (and counting).

Just a couple of hours to go until the most exciting football tournament of the year kicks off in Paris, France. All around the world sport enthusiasts are eagerly waiting for their heroes like Cristiano Ronaldo, Zlatan Ibrahimović, Paul Pogba, Sergio Ramos or Manuel Neuer to make their first moves on the holy pitch. But with 24 teams, 552 players and 51 games in just 4 weeks it is quite easy to lose track.Over the last couple of weeks our Crowd tested and compared a bunch of apps that are supposed to help football fans keep an overview on the results, upcoming matches as well as statistics. They also have been looking for helpful background information about the teams and the latest news of the event.  In this blog post we want to present you with the two international apps that our testers liked the most when it came to usability and functionality. So if you are still looking for a good app for the upcoming weeks of football, it might be worth checking these two out. 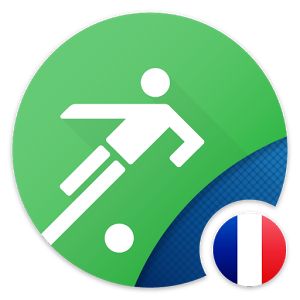 The undisputed winner of our competition is the app Onefootball adidas & EURO 2016 which is available on Android and iOS. With 5.23 out of 6 points* the app won over the testers with a simple but appealing design, a high level of clarity and an intuitive navigation. The app allows users to follow the European Championship live as well as a lot of other football tournaments. Furthermore the app not only provides the current results of the matches, but also a lot of information and updates on your favorite teams, the playing schedule, statistics, highlights and video material about the world of football.  The testers especially liked that it was possible to personalise content so that users only receive the news they find interesting. Thumbs up for this elaborate and great looking app! 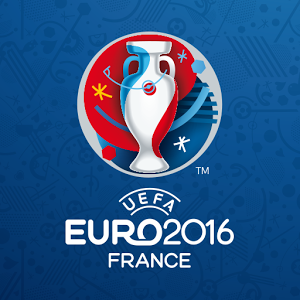 Second place of our crowdbased comparison test goes to the official UEFA EURO 2016 app with 5 out of 6 points*. The app is available on Android and iOS. It provides all kinds of important knowledge on the competition, such as a live ticker, a video section, audio stories consisting of the teams’ or player’s background information and intriguing statistics. Everything in the palm of your hand – that’s what the UEFA EURO 2016 promises its users. The most liked feature of the app: you can choose your favourite team and follow its journey throughout the tournament. Furthermore, it has an integrated feature for buying tickets. The testers especially liked the attractive design, the easy handling and the great performance without long loading times. As an official digital representative of the UEFA EURO 2016 this app brings pride to its name and the tournament itself.

To stay up to date when the balls start flying, there are lots of free options in app stores to help you out. From our testers’ point of view Onefootball and the official UEFA EURO 2016 app stick out above the rest, but of course we didn’t test all offers that are out there. If you have any good recommendations feel free to leave us a comment!Last words to say: Let the games begin! We are looking forward to an exciting tournament full of impressive plays and amazing goals over the next couple of weeks!*Information on the testing processEvery app was tested by 10 testers. They had to give a note from 1 (very bad) to 6 (very good) in 7 different categories: design, handling/navigation, clearness, performance, reliability, overall impression, and recommendation. The results of each category is the arithmetic mean of all ratings. The end result is the arithmetic mean of the results in all categories.