Anti-Virus Software for your smartphone – Do you use it?

Remember the time we actually went and purchased a CD with Anti-Virus Software from our PC Reseller? They were not that cheap, but it had to be done. We were afraid of hackers and viruses that may be planted into our PCs. But now we don’t even think for a second to give out our confidential details to an app, we just downloaded on our smartphone, which we carry around as our everyday mini PC. 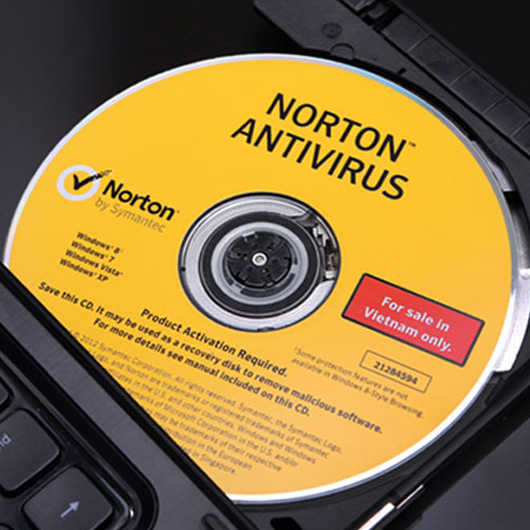 Desktop users still react the most to security issues online, followed by tablet users and at last the smartphone users (as of August 2013 – Source: © Statista 2014). It was also found that only 33% of worldwide smartphone users had installed at least a basic free antivirus solution on their device. This was less than half the amount of desktop PC users who reported doing so. (According to the survey done by Statista in 2013) 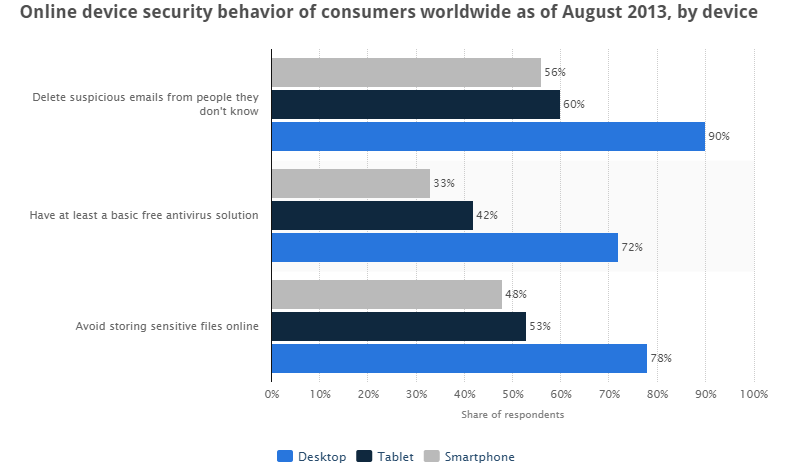 So this raises the question: “Does your smartphone really need an Anti-virus Software?” Now let’s take a step back and think about which data we keep on our smartphones that can make us exposed to hackers. Most smartphone users have their social media profile login details saved on their phones. Then there are the online banking apps, where users save their account numbers and again login data, in order to have that one touch – and have all your details on display, which can be called as an amazing function, but it’s also a comfort way for not having to remember all the usernames and passwords. For instance, while shopping online, we give away our credit card details to an app and don’t even think where it is going, just because we have an account with that retailer, does that make it secure? The amount of data that we save onto our smartphones is unbelievable, but since they have become part of our everyday life, it has become so common to trust into our smartphones and their apps that have been built to make life easier.

I personally think, since I have an iPhone, it is not required to have extra security. But that’s my view to the make of my smartphone, since it is known to be secure. On the other hand, Android has a diverse number of devices it runs on, running a modified version depending on the model we buy. This makes it more vulnerable to attacks and viruses. My research shows that you can only find about 50 antivirus apps on the Apple app store, whereas there are over 200 on Google Play.

One of the antivirus apps I have found is Lookout. Lookout Security and Antivirus is supposed to offer top -notch protection against mobile threats, phone loss and theft. The basic version is free for iOS and Android . It offers the following features for free: App Scanning, Find My Phone (with Locate and scream function) and a Backup of contacts and/or photos (paid version). As with all apps, there is a premium paid version, which has all the added features. 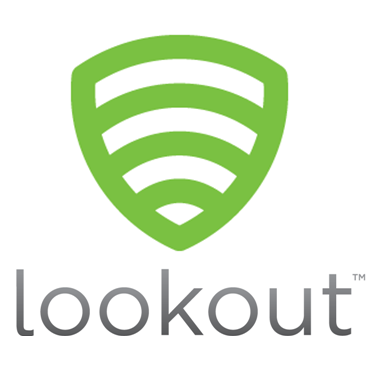 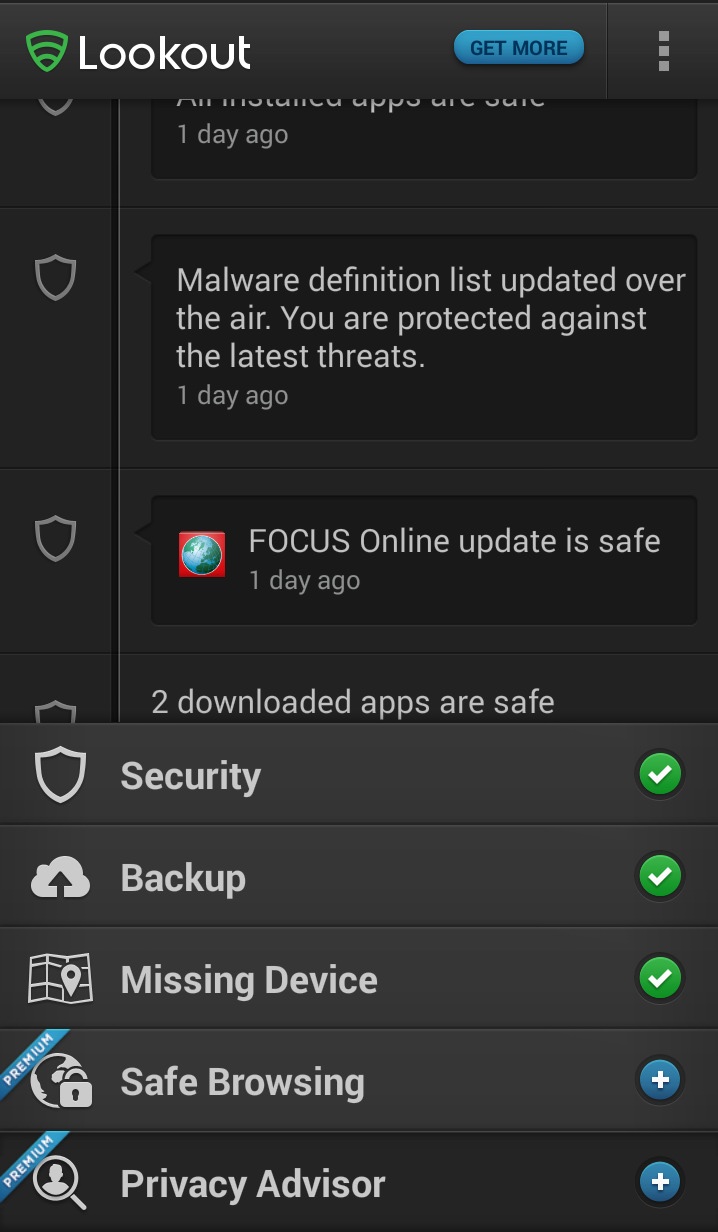 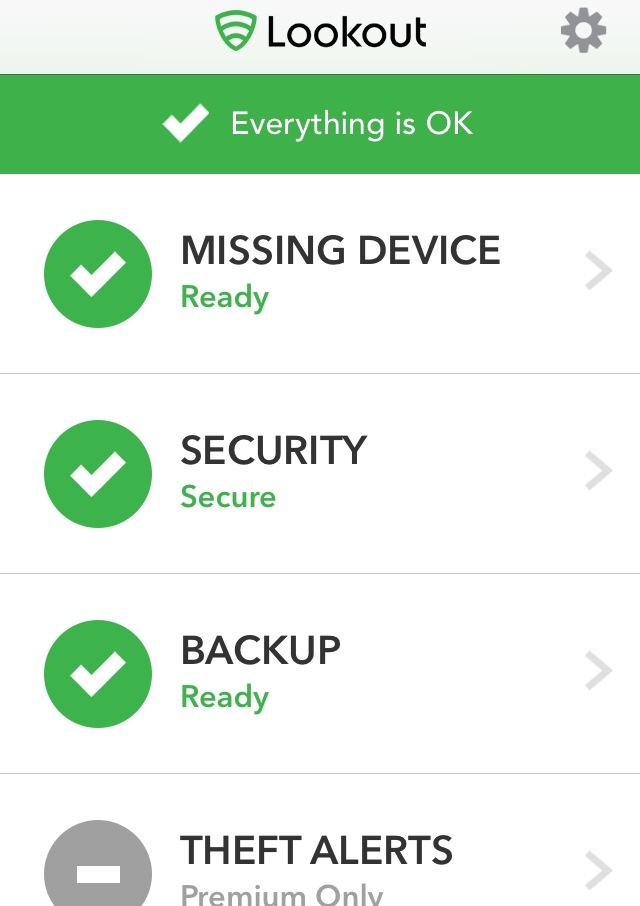 The app scanning checks each app you download onto your smartphone for malicious activity and it reports to you the app that is a risk to the smartphone. The Find My Phone function, allows you to locate your phone with another device such as tablet or PC and make it sound an alarm, even when it is on silent, quiet clever, but the iOS devices already have an app for that (Find my iPhone). It’s still useful to Android users. Also if the smartphone has been stolen or lost and it gets into someone else’s hand and they try to unlock the phone, the app takes a snapshot of the intruder and sends the location and the photo to your email, nice feature. The app also offers to back up your contact, but to back up your photos, you would have to pay a small monthly fee. The disadvantage with the iOS version is, that the app has to run all the time for it to work, so it has to be open. This makes the app not very useful, whereas on the Android version it doesn’t have to open and running for it to work. So it is more of a hit in the Android market than the iOS market. It has a 4.5 out of 5 Star rating based on over 700k users on Android and the same rating on iOS but based on 26 users on the current version.

Comparing Android versus iOS, the Google Play Store provides more Antivirus apps than the Apple App store. And it can be a personal choice, whether to go that extra mile to protect your data or whether we trust more into our smartphone and the apps we download. What is your opinion? Do you use antivirus on your mobile device?