In this week’s blog post we’ll be looking at the second instalment of our landing page’s Bugability™ and Remote Usability tests: the client’s view of our landing page. The Testbirds landing page is divided into two views: testers and clients, which you can switch between by clicking on the relevant tab.

In this test, we had 19 testers, and similarly to our previous test, fluent in either German or English. However, as they were testing the client’s view, who better to go through the process than entrepreneurs who would most likely be using this service? So, we called upon individuals who were IT managers or were high up in the development department of their companies to do this test. The tester demographics were spread across male and female and different OS on mobile and desktop.

The six use cases led testers through completing the platform’s processes such as registering and password reset. The four qualitative and eight quantitative questions then let testers evaluate their experience of using the platform, they even explored the tester landing page too.

The testers did extract bugs: “the forgot password button was invisible”, inconsistencies: “some texts are not translated”, and areas that could use further development: “point out the benefits of testing for a business”. In total, twenty bugs were caught, all on different points on the severity spectrum.

Through the Remote Usability videos, testers wanted to see client testimonials alongside the client logos. Even the most minute of observations is valuable, as several testers highlighted the space between the header and registration form, as well as other spaces on the page could be better utilized for their space or altered to allow more information.

Despite the bugs, praises were sung about our platform! It was described as intuitive and easy to use. Most importantly, as these testers were examining the page with the mindset of a client using our services, they were instilled with a sense of confidence that their information was secure and the registration process was rated as simple and straightforward.

In the next instalment of our series, we’ll be interviewing some of the testers who were a part of our platform tests. So, join us as we talk to the individuals who helped make our landing page even better. 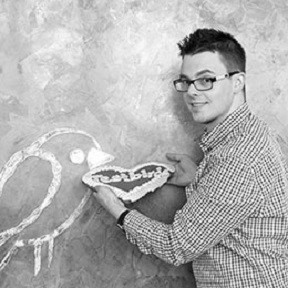 Once upon a time, Maximilian wanted to become the prime minister or a formula 1 driver. Today, he makes us visible on the web. Apart from that you can find him cycling, watching movies or playing snooker.

The Nest during the holiday season

Testbirds love Christmas. Especially here in Munich, with all those beautiful christmas markets in the city and winter festival Tollwood just around...
Read More

Inspirational talks through the eyes of a speaker

As you've probably read in the previous blog post about the design of chatbots, I recently delivered a speech at a UX Monday event here in Munich....
Read More

Everyone has best intentions in mind for the company – yes, they really do!

Transparency The last principle of our organisational concept “Orga 4.0” is transparency and the underlying worldview we base our actions on. Sound...
Read More

Bringing our offline world online – the Internet of Things

More and more connected home devices are becoming part of our everyday lives, whether its controlling your heating from outside your home, turning...
Read More

Finally the bird has landed in Sweden! In Hornstull, Stockholm to be exact. My name is Jonna Knibestöl and I joined Testbirds as a part of the...
Read More

Testbirds Exclusives: a look into our special test solutions

As you may have noticed, we’re very proud to have released new testing services within our service portfolio. Two weeks ago, Franzi already gave you...
Read More

The idea behind the Digital Thinkers Forum is to bring together leading minds from the digital world. Instead of talking about our products or...
Read More

Did you know that global revenue in eCommerce still is growing with an annual growth rate of 9%? I didn’t. Honestly, I thought we have long since...
Read More