Munich, June 13th, 2018
BayBG and the Wachstumsfonds Bayern invest in Munich-based testing specialist – The Munich-based software company, Testbirds, continues to grow and secures a new investment of € 7 million. The testing-specialist was able to win over the Wachstumsfonds Bayern, which is managed by Bayern Kapital, and BayBG Bayerische Beteiligungsgesellschaft mbH as new investors, thereby completing the fourth round of financing in its history. The new money will be invested, above all, in the international expansion of the Testbirds team and in the development of new technologies.

“We are very pleased that we have gained the trust of two new investors and convinced them of our business model. With this investment, we want to expand our team and further strengthen our position as one of the leading providers in the field of software testing,“ says Philipp Benkler, founder and CEO of Testbirds. The already existing investors, Seventure Partners, Falk Strascheg Holding, and btov also participated in the current round and strengthened their confidence in the business model of Testbirds with another investment. Meanwhile, Testbirds, founded in 2011, counts companies like Deutsche Telekom, Audi, Deutsche Post, Henkel, Payback, n-tv and Western Union among its customers. Besides crowdtesting, the Munich-based company also offers cloud-based services for software testing. As an example, there is the Global Real Device Network (GRDN), which enables customers to directly access real mobile devices provided by testers globally. “With our international crowd, representing over 300,000 registered testers, and our innovative technologies, we can help businesses to sustainably improve their websites and apps with real customer feedback. That is very important because only user-friendly and bugless products will prevail in the long term against the competitors in the digital market,“ adds Georg Hansbauer, co-founder and managing director of the Munich-based IT service provider.

Testbirds will use the € 7 million:

The first new investor is BayBG Bayerische Beteiligungsgesellschaft. The Munich-based company is currently investing more than € 300 million in the market. Its focus is on equity investments being placed on Bavarian companies. “Testbirds has been establishing itself as an expert in the field of software testing and has been expanding its business model continuously during the past years. With our investment, we now want to support the Munich-based company to promote its innovations and to become an even stronger player in the market,“ says Andreas Heubl, project manager at BayBG.

The second new investor is the Wachstumsfonds Bayern, which has been initiated by the Bavarian Ministry of Economics and is managed by Bayern Kapital. Equipped with € 100 million, the Wachstumsfonds Bayern supports expanding companies that develop innovative future technologies. Around € 37 million have been provided so far: In total, around € 215 million were raised with partners and both private and international investors for the further development of Bavarian technology companies. “The customer base of Testbirds is growing steadily. Furthermore, the abundance of successful projects is impressive and proves the success of the business model of Testbirds. The stake of the Wachstumsfonds Bayern should help to make a Bavarian company internationally even more successful”, says Roman Huber, managing director at Bayern Kapital.

In the course of the last round of financing, at the beginning of 2016, Testbirds has received an investment of € 2 million. The money helped to develop technologies such as the GRDN and expand the existing service portfolio of Testbirds. Moreover, the workforce was increased. Currently, the entire team includes around 100 colleagues. From offices in Munich, Stockholm, London and Amsterdam, they serve customers around the world. 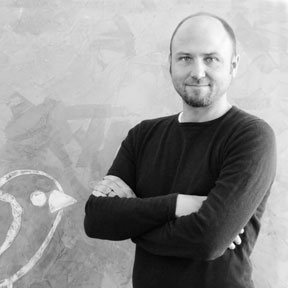