Sports Broadcasting: Trends in the Year of Olympics and EURO 2020

Just a few days ago we witnessed one of the biggest sporting events of the year: the 2020 Super Bowl, a.k.a. Super Bowl LIV. (By the way, congrats to the Kansas City Chiefs – who aren’t from Kansas – that was well-deserved!)

Where did you watch the match? At home on traditional TV like 99.9 million Americans and 2.2 million Germans did? Or maybe you streamed it? Or were you lucky enough to watch it live in the stadium? Well, I guess most people weren’t that lucky.

But what if everybody could get a seat in the stadium, watching the next Super Bowl live from the first row? Impossible you say? Well, not completely… Okay sure, we’re not talking about real seats but about virtual seats – powered by VR and AR!

This is just one trend we might see coming in the near future, and there are a lot more trends we’ll probably witness in no time. As we already mentioned in a recent article (Get ready: Testbirds @ MWC 2020), a lot of those trends are closely tied to the further rollout of 5G and the related expansion of VR, AR, AI, and IoT. (Wow, that was a lot of abbreviations! 😉 )

So let’s have a look at some of the predicted trends in the sports broadcasting industry that are likely to arrive soon.

Sports Broadcasting Industry on the Move

The times where the whole family gathers in front of the TV to watch a football match are officially over.
Let’s get back to the Super Bowl example. It used to be an entirely American phenomenon that no one from other countries cared about. But today, the Super Bowl is known far beyond the borders of the USA. The audience grew rapidly, with everybody wanting to see it live or wanting to re-watch the highlights later (Okay, maybe not everybody – but I think you get the point). Sports broadcasters have to react to that new demand, which not only evolves around American football but also around other sports.

Streaming Platforms Enable Globalization
Besides the traditional broadcasters, new players enter the stage – streaming platforms. The audience is becoming increasingly global and wants to decide when, where, and how they watch sports events. Streaming platforms also open up a whole new world for the broadcasting of niche sports.
Whereas it’s not worthwhile to show Lacrosse games on nationwide TV, there are more than 45,000 subscribers to the Lacrosse leagues YouTube channel, for example. This shows how the breaking down of boundaries can also support smaller teams or sports, creating a whole new market. Providers like Sky Sports or DAZN make it possible to watch the big games live, from anywhere and on any device.

As sports streaming becomes more and more popular, new players like Amazon and Facebook enter the stage. Amazon, for example, secured the rights for the ATP World Tour and Premier League, and Facebook won La Liga rights for India. In this case, no broadcaster is involved – Amazon and Facebook will stream the events directly to their users.
And they go beyond just showing the actual matches. The German football club Borussia Dortmund (BVB) has its own Amazon Prime documentary. Same goes for Ronaldo and Messi, or Manchester City. This opens up a whole new world for additional content besides the actual match.

Completely New Experiences Thanks to Augmented Reality and Virtual Reality
Remember the beginning of this article where I fantasized about buying virtual seats in the Super Bowl stadium? Well, it isn’t as far away as it may seem.

Additionally, AR and VR are capable of even more. They can bring live ads into the stadium – regardless of if it’s real or virtual. The ads during the Super Bowl are almost as highly anticipated as the game itself and marketers pay up to $4.5 million for a 30-second spot during the game in 2020. VR and AR also enable companies to offer even more content tailored to your interest, like real-time stats, background information on players, or replays of important scenes. Such insights create an even deeper relationship between fans and players.

Latency is Key
Do you remember the 2018 FIFA World Cup in Russia? The huge online audience that was streaming on BBC had severe user experience issues, with matches being delayed as long as 60 seconds. That’s a full minute of play! Imagine you’re watching the very last minute of the super exciting World Cup final, while you can hear that your neighbours are already celebrating the victory of your team. That would suck, wouldn’t it?

That’s why latency is one of the big trends in 2020. Many people are convinced that the new 5G networks that are being rolled out will help broadcasters a lot. 5G is promised to have special attributes like very low latency and high reliability. The distribution to mobile devices is of particularly great interest to the broadcasting industry. However, it’ll still take time until 5G network coverage is granted completely and 5G devices are the “normal” devices people use. Predictions say this will take until 2025, at least. But then, 5G might enable extended reach and new services, as well as the secure broadcasting of high-class sports events without latency and in the highest quality.

We’re heading into an exciting year for sports broadcasters. The UEFA Euro 2020 starts on the 12th of June and the Olympic games one month later on the 24th of July.
So broadcasters need to be prepared. Just showing the game live on TV won’t be enough anymore. The audience is expecting a high-class experience that’s tailored to their needs and wishes.

Streaming providers, especially, need to make 100% sure that their platform can handle the expected traffic – and even a bit more. Performance and stability will be key, especially during the two big sports events we’ll witness this year. Loading times on the web and in apps should be as short as possible, because as several studies show – every second counts. Research by Google shows that 53% of mobile users leave a site that loads longer than three seconds. The good news is we wouldn’t call ourselves Testbirds if we didn’t have a solution for you. Find out more about Load and Performance Tests with the Crowd.

However, all the traffic would be useless if the website, app, or whatever touchpoint you have with your users has bad UX and usability. UX is becoming a decisive factor, and especially with new players like Amazon and Facebook entering the market, broadcasters need to make sure their platform is more than perfect from an end-user perspective. This also includes testing on different devices and in different surroundings. The bandwidth of different devices is almost endless – so you better be on the safe side here. Luckily, there are a lot of different tests you can perform to ensure the best usability and UX, tailored to the needs and expectations of your target group. And we offer quite a lot of them 😉 Find out more about our various Usability and UX testing services.

As we see, this will be an exciting year for the sports broadcasting industry and the Super Bowl was just the beginning. User experience and latency will be the decisive factors in the fight for the audience.
We’re looking forward to new technologies that might pop up before summer, and new possibilities in the field of sports broadcasting and advertising. Who knows, perhaps we really will be able to buy first row seats in the biggest stadiums all over the world and watch thrilling games without even leaving our couch, soon.

Want to discuss the development in the broadcasting industry further or talk about all the other exciting things happening around 5G, AI, and IoT? Then come visit us at MWC 2020, we’re looking forward to seeing you!

We’d be happy if you schedule a meeting upfront to make sure we have enough time for your questions. Just send us a quick message with your preferred time slot. 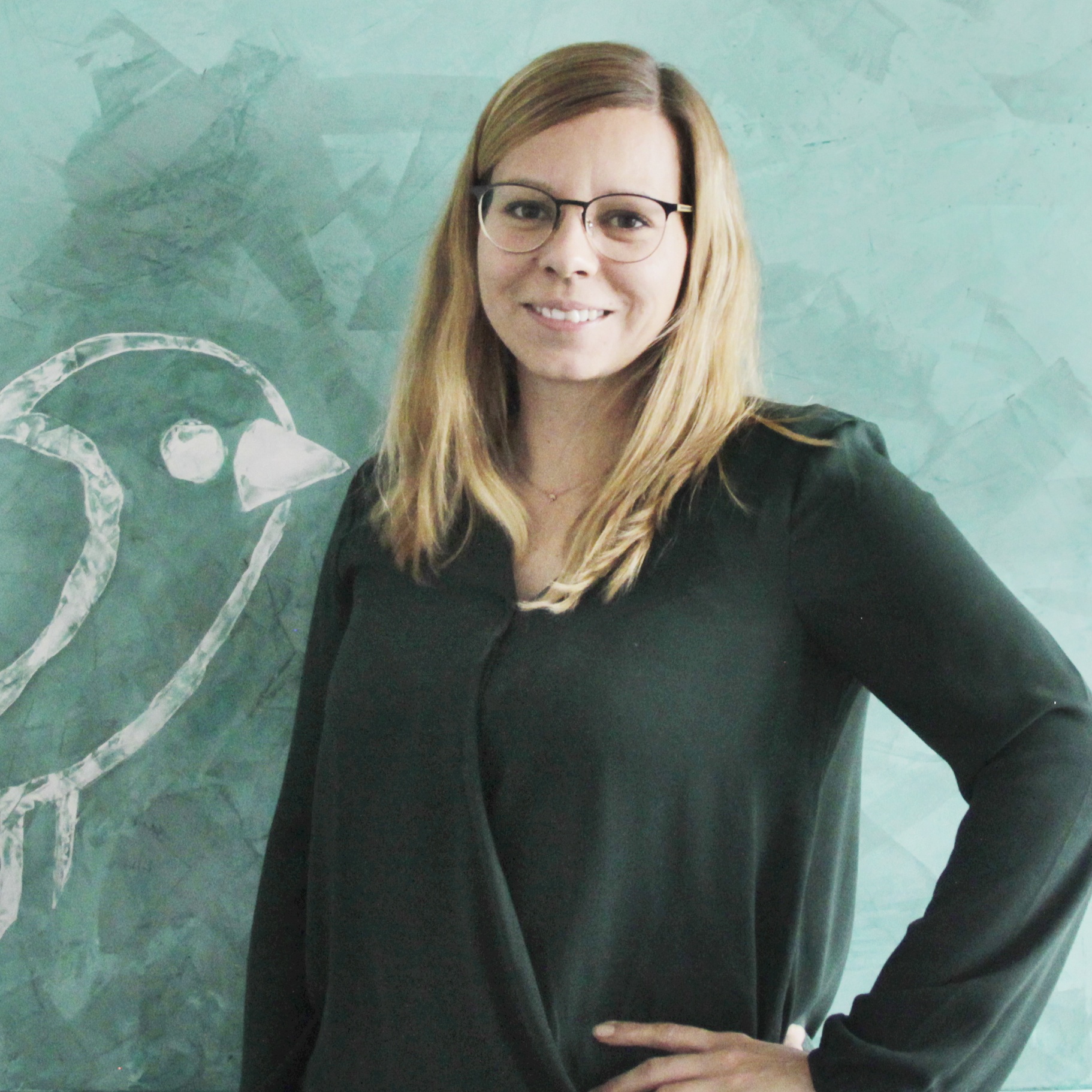 Did you know that global revenue in eCommerce still is growing with an annual growth rate of 9%? I didn’t. Honestly, I thought we have long since...
Read More

Keep Distance and a Positive Mindset

I am known to always see the positive, look for opportunities, and motivate people. Today I have two key messages regarding Coronavirus for...
Read More

In the midst of Autumn, characterized by dead leaves that stain a cold ground an auburn hue and naked branches which caress your periphery vision,...
Read More

The Importance of App Testing: Suitable Apps for M-Commerce

Smartphones and tablets are everywhere. They help us to master lots of different daily tasks and are an essential part of our everyday lives....
Read More

Last time on History’s Biggest Software Fails we looked at The Heartbleed Bug, which has been dubbed “perhaps the worst vulnerability found on the...
Read More