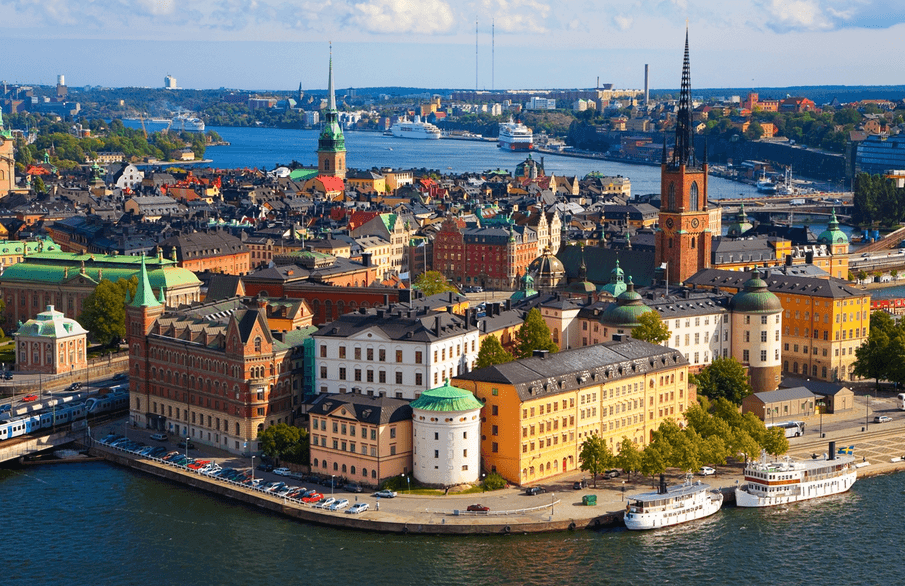 Finally the bird has landed in Sweden!

In Hornstull, Stockholm to be exact. My name is Jonna Knibestöl and I joined Testbirds as a part of the Swedish team at the beginning of 2017. After spending two fantastic (but freezing) months in Munich, my full focus is now to spread the gospel about Testbirds in the Nordics as Marketing & PR Manager.

First thing first. Why Sweden? I might be biased when I say that Sweden was the perfect next step after successful expansions to the United Kingdom and the Netherlands, but even Forbes agree. They previously ranked Sweden as the best country for business in 2017.

Christopher Mülhausen, International Business Development Intern, has been working with the Swedish expansion since he started at Testbirds in October 2016:
“Sweden is the entrance to all Scandinavian countries. An important market for us as some of the biggest tech companies in the world are located there. Scandinavian people are also forerunners when it comes to adopting new digital trends.”

But even though Sweden is supposedly the number one place for business, we would lie if we said that everything has run silky smooth. We have definitely met some obstacles.

Here are 5 things we learned along the way:

1. Finding the right employees
This is not a specific problem for startups or for international companies opening an office in a new country. We all know that finding the right team is a key to success, but it is also something that can take time, effort and cost $$. If you add the fact that you are searching for people in a brand new market and a foreign country, that makes it even harder. As for Testbirds Sweden, it took over a year before the team came together and we are still looking to add more Birds.

2. Establishing a legal entity
Having foreign managing directors for a Swedish entity slows and complicates every bureaucratic process. Especially in Sweden, where there are normally a lot of “shortcuts” if you have a Swedish personal number/ID. If you break these routine processes by not having a personal number, prepare yourself to receive a lot of questioning glances. In addition, since there are frauds going on in the startup scenes worldwide, it is particularly hard for foreign startups. If the company does not have an authorized representative resident in Sweden (registered in the Swedish population register), the board must appoint a person to be authorized to receive service of process on behalf of the company. We were lucky to have our Country Manager Iggy Gullstrand onboard to handle this process as a representative of Testbirds.

3. Opening a bank account
You would think that this would be the easy part. Banks compete for new clients every day, right? Unfortunately, it has not been that easy. Especially when having foreign managing directors. Prepare yourself that you will be declined several times and that everything will take time. You will also probably be asked questions such as “Why us? Why do you want to open a bank account in our bank? We don’t see your connection to us.” At the end, you won’t be able to pick a bank – they will pick you. Prepare to introduce yourself in person first. Swedish banks act precautious and the personal face-to-face approach always works best.

4. Finding housing for international employees
Everything that you might have heard about the Stockholm housing market is true. It is almost impossible to find a place to stay – even for born and raised Stockholmers. This has had a huge impact on the Stockholm tech scene, where tech entrepreneurs such as Spotify’s Daniel Ek has spoken out about how finding housing is one of the biggest difficulties in attracting foreign workers. This during a time when international expertise can be crucial for a tech company’s growth. The go-to-place for finding a place to stay in Stockholm is Blocket, but it is a very competitive marketplace. Fortunately, this is where our German colleague Christopher found his room in the lovely island of Kungsholmen.

5. Finding an office
Even if finding housing here in Stockholm is a nightmare, finding an office is not too hard. The challenge for us was to find a place that would work well both in an early stage as well as when we expand. The vision is of course for the team to grow! We considered co-working spaces and several different offices before we found our small hidden gem in Hornstull. Now we have our own office with space enough for eight Birds. Who knows, we might have outgrown this office next year already? Meanwhile, if you are ever in Hornstull, stop by for a coffee or a green matcha tea!

It is important to have a Swedish resident that can sign on the behalf of the company. This helps with almost all issues. If you don’t, then prepare for it to be a lot more hassle than it seems from the beginning, before you are all setup. This is, of course, different depending on the size of the company, and all above mostly applies to small entities.

Even though things have taken longer than expected, we are finally up and running now! The 30th of May, we have the pleasure of having our co-founder Philipp Benkler here in Stockholm, when we host a breakfast seminar at the brand new startup hub Goto10. If you’re in town, join us for breakfast!

Other articles related to: Office, Testbirds

Although Jonna has roots in both Sweden and Norway, she rather spend her time in warmer latitudes. At Testbirds her focus is to build a brand that will conquer the Nordics.

Like a group of friends: How to make smart decisions in a growing company

How are the best decisions made? Today, I’d like to share some insights about decision-making. At Testbirds, this is the first of our four...
Read More

Load & Performance Tests for the Finance, Banking, and Insurance Industry

We’ve already learned how bugs kill trust - especially in a sensitive industry like the financial industry.However, bugs aren’t the only thing that...
Read More

App Testing Just a couple of hours to go until the most exciting football tournament of the year kicks off in Paris, France. All around the world...
Read More

How Testbirds was born: What I’ve learned from evaluating business ideas

When you want to start a business, at the very beginning there is only an idea. Back in 2011, we had a completely different idea before we started...
Read More

Finally, we’re back - all set and ready for great things in 2020. And great things are already right on our doorstep as we’re starting off 2020 by...
Read More

I've had my share of phones over the years. Three of those actually were Nokia's. Remember the good old days when Nokia used to be the #1 mobile...
Read More

Testing Insights: The Power of the Crowd – with Alexandra

Our Crowd is the heart of Testbirds and is available around the clock to put mobile applications, websites, IoT devices, and any digital product...
Read More